On our last day in the lakes district, we took a tour to see the castlerigg stone circle, borrowedale and buttermere. Couldn’t resist to take a stop at the lakes destillery as well. Finally took a large round tour over Crummock Water, Loweswater, Ennerdale Water, Santon Bridge, Elksdale and finally made Harknott Pass, Wrynose Pass and then went back to Grasmere via Skellwich Bridge and Ambleside.

Starting in Grasmere, the first spot was Castlerigg stone circle near Keswick. The weather was overcast, which had a positive impact in that there were not many people around. We were quite lucky because after a short time the sun came out and I got a shot with some atmosphere. I found this to be a quite impressve site with very good view in the direction of the St John’s valley. Tewet Tarn is just nearby in easterly direction, but we had not time to get over there.

Next we went further North along Bassenthwaite Lake and visited the Lakes Destillery. Located in nicely restaurated Farm, they offer Tours including tasting. In the shop, none of the single malts were sold, single malt branding needs at leat 4 years. We tasted the “One” and the “Steel Bonnets” and a sweeter version of the “One”. The “Steel Bonnets” was my favourite taste.

We drove back to Kewick, took the road at the eastern side of Derwent water and stopped at the National Trust car park for Ashness Bridge. Took the popular fotograph and then went to say hello in the Bark House Mountain Base. We had a cup of tea and a nice chat with the National Trust Ranger, who had plenty of tips for nearby hiking routes.

From Ashness Bridge, we walked about 20 minutes up hill to a nice viewpoint called Surprise View. Here it has splendid views across Derwent Water on one side and into Borrowdale on the oher side.

We went back to the main road and drove south into Borrowdale, up the Honister Pass towards Buttermere. The parking situation is not easy in Buttermere, the best is to pass the village and try the parking lot right behind Cragg House Farm. From here to can talk a hike round the lake Buttermere or just a walk at the north-west end of the lake.

We took the easy walk to find the lone tree at Buttermere hoping the tree is not shot to death. In fact the tree looks fairly raddled and I am lucky to take my shot in time before it gets blasted. Well I guess it will stay there some more time. The shot is iconic because the tree is as sparse as it is, a full grown tree would cover too much of the foreground reducing effect of the mountain scenery in the background.

It got more overcast and then we had slight rain, so we went for a sightseeing tour. From Buttermere headed to Crummock Water, Loweswater, Ennerdale Water then via Santon Bridge, Elksdale made our way to Harknott pass, Wrynose Pass and then via Skellwich Bridge, Ambleside back to Grasmere.

The passes were pretty steep, the tarmac was wet and slippery, with that large car I had to engage the 4 weel drive – real fun. 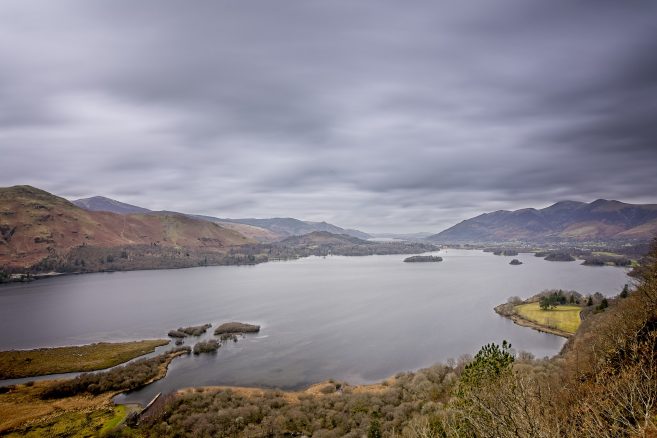 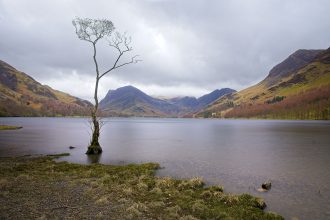 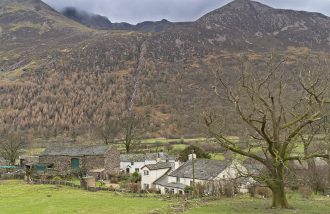